Allama Khadim Hussain Rizvi is an Islamic scholar from Sunni Brelvi school of thought. He used to deliver Friday sermons at Pir Makki Masjid, near Daata Darbar Lahore. When Ghazi Mumtaz Hussain Qadri Shaheed killed Slaman Taseer (The governor of Punjab who termed 295C as black law) with 27 bullets, Allama Sahib showed open support for Mumtaz Qadri. It annoyed the government of Mian Nawaz Sharif and resulted in his job  being terminated, confiscating all benefits of a long service with Aukaf (اوقاف) department. Allama Sahib happily accepted this punishment for speaking his mind out and refused later attempts of government to pay his dues and job offer for his son. His resolve to side with Mumtaz Qadri grew only stronger. Allama Sahib is a paraplegic on wheelchair due to an accident few years back. Despite his physical conditions he is one of the most traveling scholar,  delivering sermons in width and breadth of Pakistan. In January 2016 Allama Sahib organized a rally in Lahore in favor of 295C. The peaceful rally was attacked by police and the attendees subjected to water cannon and baton charged. Allama Sahib has been home arrested and imprisoned several times for raising his voice in protection of blasphemy laws and Khatam-E-Nabuwwat clauses of constitution of Pakistan. Though his lower body is paralyzed, he was dragged and forced to stand on legs. When he entered the prison, an inspector approached him and ordered to stand for search. Allama  Sahib was unable to comply on which that cruel man pulled Allama Sahib out in demean manner. (Later Allama Sahib described that the man approached him for forgiveness of his cruel behavior. Reportedly the inspector had stroke of paralysis and is himself a disabled person now. Allama Sahib replied that I have done nothing to you. I even do not recognize you. You were performing your duty and I was performing mine. ‘The masters we work for, they are not unaware of our situation’ , or in Urdu: “جن مالکوں کا ہم کام کرتے ہیں وہ دیکھ رہے ہیں”)

When Allama Sahib entered the jail he was handcuffed to his chair. A policeman carried him to several cells to convince him no space is available. Finally they put Allama Shaib in a dirty cell the condition of which in Allama Sahib’s words is ” inhabitable even for animals”. There were cockroaches in the cell. Allama Sahib informed the cockroaches, “Do not come near me as you know I am brought here for no crime other than the love of the Holy Prophet Muhammad (Peace and countless blessings of Almighty Allah be upon him)”.  The cockroaches did not trouble him. Being a disabled person Allama Sahib had carried a servant with him to prison who was separated. Allama Sahib did not take more than a few water sips for fear that he would not be able to attend the washroom on his own.

In March of the same year Ghazi Mumtaz Hussain Qadri embraced Shahadat when the corrupt government of Mian Nawaz Sharif misinformed Ghazi Sahib’s relatives that he is in critical condition and all family should visit him. In the mean time Ghazi Sahib was sleeping in his cell. At midnight he was awakened and informed that his death sentence would be executed that very night to which he replied, “I am ready”. The bold action of Ghazi Mumtaz Qadri and the great sacrifice he made in jail are topics of Allama Sahib’s speeches.

On 9-November-2016 Allama Sahib organized a Fatihah prayer at the Dr. Iqbal Mausoleum Lahore. He and his followers were being restricted by the rangers deployed at grave. Allama Sahib made a small speech in the shape of a dialogue with Iqbal and asked him the question why he stood up with the Ghazi Ilam ud Din Shaheed and be considered a hero but Molvi Khadim Hussain stood with Ghazi Mumtaz Qadri and is taken as a terrorist. Allama Sahib is included in fourth schedule, a clause to restrict the movement of highly dangerous criminals who need to inform of their movements. Allama Sahib often say, “Look I am a disabled person on wheel chair and I am on fourth schedule for my crime being taking a stand for the respect of the Holy Prophet Muhammad (Peace and countless blessings of Almighty Allah be upon him)”. The anti-terrorism act has started to become a tool to silence opposition. The application of ATA is highly questionable as these were used in minor road rage incidents by hon’able judges.

The Brelvi majority of Pakistan was the only group winning public support for army’s operation against militancy in Northern Pakistan. Sadly, because Pakistan government and Pakistan Army are highly influenced by Saudi Arabian funded Wahabi thoughts, they started war against Brelvies of Pakistan. Arrested Imams and Moazzins for saying Call of Prayer “too loudly” and  for reciting Darood Sharif before the Azzan. Heavy fines were imposed on Imams for breech of ethics that prohibit saying prayers in praise of Muhammad (Peace and countless blessings of Almighty Allah be upon him). By doing so Army practically tried to axe its own feet as these were the only people who garnered unconditional public support for anti-terrorism operations when Deobandi and Wahabi gave fatwa that army personnel dying in war-on-terror are not Shaheed. Sadly one cleric head of a religious political party even went so far to say a dog is Shaheed but a soldier is not. 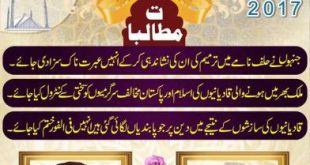 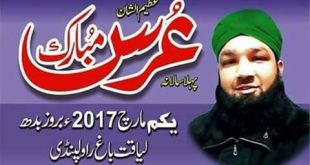